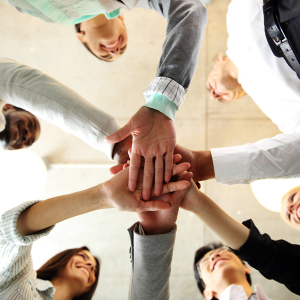 Ever wonder why motivating people is so hard? Why can’t you get your employees or coworkers to do what you both know needs to get done? Why is it so hard to motivate yourself to lose weight or work out? Heck, you can’t even motivate your kids to clean up their rooms! So what’s the problem here? The answer is that we tend to overlook some important parts of motivation when we’re trying to figure out why people act as they do.

When most people think of motivation, they think of consequences – rewards and punishments. You can motivate your employees to work harder by giving them a pay raise for good work (reward) or firing them for unsatisfactory work (punishment). There are two hidden keys before consequences, though – Convictions and Connections. If any one of these three C’s is missing, there won’t be any motivation.

Conviction is the belief that some amount of effort will yield a particular level of performance. For example:

If I can track down the repairman before noon, I can probably get the copier fixed today. If I don’t work late tonight, I might not get this project done.

If you don’t believe that you have the capability to achieve the necessary level of performance, then you won’t be motivated. To motivate people you must get them to believe they have what it takes. Sometimes that’s as simple as telling them so. Sometimes it’s harder – you have to provide training or resources so your people are capable of getting the job done. They gotta have the Conviction.

Connection is the belief that some amount of performance will lead to some particular level of consequences:

If I can get the copier fixed today, I can meet our report deadline. If I don’t get this project done, I won’t get that raise I need.

If there’s no visible connection between people’s performance and something they want, they won’t be motivated to perform. Sometimes the connection is already there, and you just have to point it out to them; other times you have to build that connection yourself. Either way, if there’s no Connection, there’s no motivation.

So remember: there are three keys to motivation, not just one. Sure you have to have Consequences, but don’t forget Convictions and Connections