When More Stress is Less 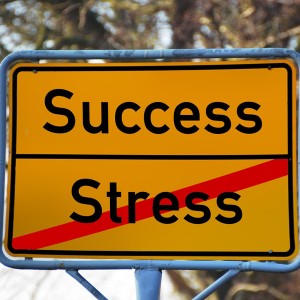 We all know too much stress is bad for us – everywhere we look we see headlines and ads telling us how we can reduce our stress.

But what they’re not telling us is that not all stress is created equal. And in some situations, more “stress” (stressors, actually) can be better for our health than less stress.

These surprising results have been shown in numerous studies on rats and in one unintended experiment on humans. During World War II, the Nazis bombed England heavily over several months, with London bearing the brunt of it. London was steadily bombed every night, while the suburbs were hit much less often, sometimes only weekly.

As expected, the British experienced a higher rate of ulcers when the bombing began. What wasn’t expected, however, was who had the most ulcers – it was the suburban residents, who actually experienced fewer bombings. Why them? It was the lack of predictability. The London residents knew they’d be bombed in the evening while the suburbanites couldn’t predict it.

Most of the time, stress is worse when it’s unpredictable. Decreasing unpredictability in your life can help you cope through stressful times. Here are some tips: